In 1983, at the request of students in California and Oregon, Chagdud Rinpoche agreed to establish the Chagdud Gonpa Foundation as a means to expand his teachings and activities in the West and renew his connection to Tibet's Chagdud Gonpa: a connection that it spans five hundred years, sixteen lives and decades of living in exile. 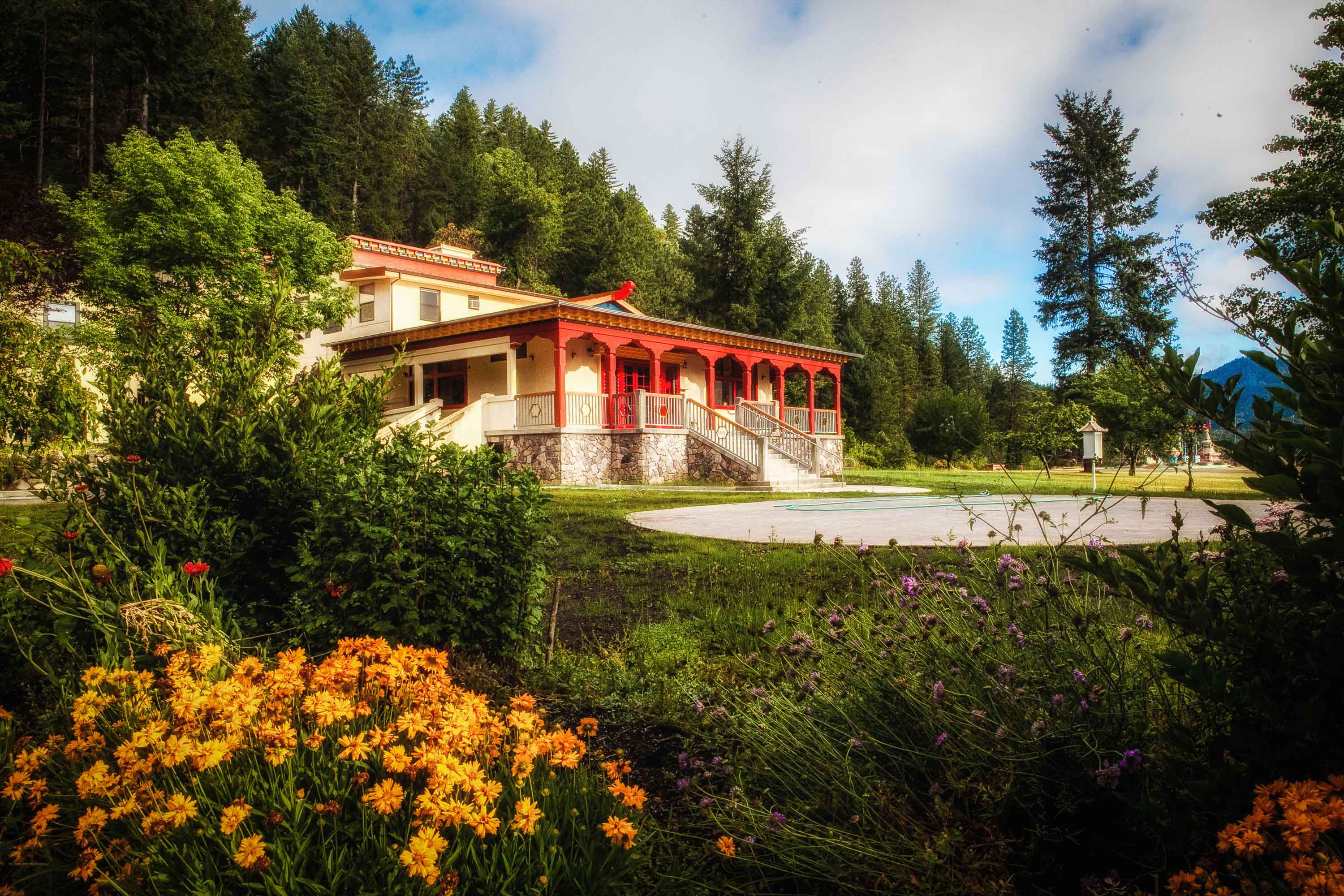 In 1980, after living in the United States for a few months, Chagdud Rinpoche traveled to Ashland, Oregon to receive teachings and empowerments from His Holiness Dudjom Rinpoche. At this event, students from Eugene, Oregon asked Dudjom Rinpoche if they could open a center of his in Eugene with Chagdud Rinpoche as the resident lama of the center. A few months after accepting the role of resident lama, Rinpoche moved to Cottage Grove, Oregon where he lived from 1981 to 1988.

After moving to Cottage Grove, Rinpoche and a group of dedicated students purchased a large but deteriorated house. The small rooms were converted to a shrine room which would go on to hold important events. Rinpoche named this center Dechen Ling (Place of Great Bliss).

In 1988, a vast and splendid tract of land was acquired in Northern California and Chagdud Rinpoche named it Rigdzin Ling, "the abode of the Awakened State Holders", which became the seat of the Chagdud Gonpa Foundation. The place was consecrated by great ceremonies, numerous offerings and aspiration prayers. In addition to providing public teachings and retreats, Rigzin Ling is home to Padma Publishing, and Tibetan Treasures. Padma Publishing is the editorial arm of the Foundation, which publishes sadanas (liturgies), translated books and a compilation of teachings that serve as meditation manuals. Tibetan Treasures, Chagdud Gonpa's store, distributes Padma Publishing books, other Dharma books and offers articles of practice.
‍
Chagdud Rinpoche's tireless programming of teachings resulted in the establishment of a dynamic network of Chagdud Gonpa practice centers and groups. The Foundation provides support by providing them with tax-free, non-profit religious organization status and by providing them with an organizational structure. Most importantly, the Dharma lineages offered by Rinpoche are maintained by practitioners from various centers, and through the instructions of Chagdud Gonpa and visiting lamas.

Currently the Foundation's spiritual activities are overseen by a group of eight lamas and senior practitioners known as the Spiritual Directorate. Tromge Jigme Rinpoche serves as the main initiation lama for Chagdud Gonpa and Lama Padma Gyatso as the main Lama of the Foundation. Chagdud Gonpa Lamas take turns serving as Rigdzin Ling resident teachers, guiding their meditation practices and sacred projects, while overseeing the resident staff and administrative activities they perform for the Foundation.

Chagdud Rinpoche first visited São Paulo, Brazil in May of 1991 at the invitation of a Buddhist center and a group of therapists. Near the end of a month of teachings, a group of students requested that Rinpoche start a center in São Paulo, which would later be named Odsal Ling.

In 1994 Rinpoche moved to Brazil, establishing Chagdud Gonpa Brazil and purchasing a piece of land in the southern state of Rio Grande do Sul. This land—known as Khadro Ling—is the seat of Chagdud Gonpa Brazil. In 1995 construction at Khadro Ling began, and continued almost non-stop until Rinpoche’s final breath in 2002. His legacy to Khadro Ling included the first traditional Tibetan temple in South America, eight stupas, a splendid butterlamp house, three extensive prayer wheel complexes, a large Guru Rinpoche statue, an enormous statue of Akshobya Buddha and an encompassing infrastructure for retreats and dharma activities.

Since Rinpoche's Parinirvana in 2002, the South American network of centers has been under the spiritual direction of Chagdud Khadro. 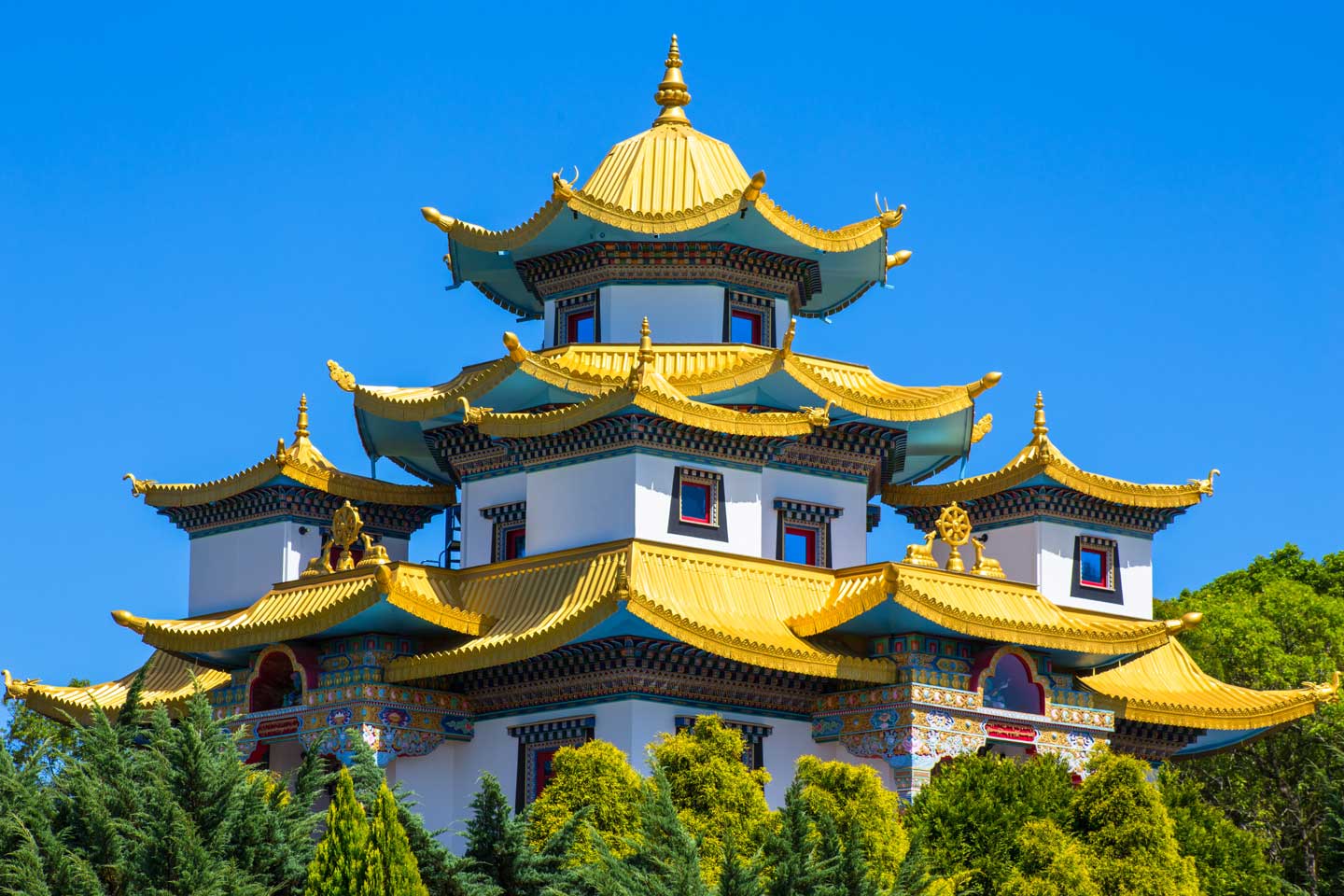 Chagdud Gonpa Hispanoamérica was founded to carry out the aspiration of Chagdud Tulku Rinpoche to establish the Buddhadharma, particularly the Nyingmapa lineages, in the Spanish-speaking countries of Latin America. Since Rinpoche's Parinirvana in 2002, the organization has been under the spiritual direction of his wife and student, Chagdud Khadro.

In Uruguay, about an hour and a half from Montevideo, surrounded by beautiful mountains, there is a building made of stone in the architectural style of Eastern Tibet and Bhutan, called Sengue Dzong (Fortress of the Lion). The interior of this temple is ornate and four statues were carved by master Bhutanese artists.

Monthly trainings on the Four Thoughts that Transform the Mind are offered at Sengue Dzong, and its meditation room is an inspiring place for retreats and teachings. In Montevideo, a well-established sanga (Chagdud Gonpa Montevideo) gathers to practice Red Tara and Vajrayana Preliminaries. Groups also meet in other smaller towns.

In Chile, there are dynamic sangas of Chagdud Gonpa in Santiago and Pirque, whose meditation training focuses on the practices of Red Tara, Vajrayana Preliminaries and Powa. In Venezuela, a small sanga practices Red Tara in Mérida with Yhana Riobueno, who also coordinates an international committee of translators and editors who work with translations of books and liturgies from Dharma into Spanish. These texts are published by Editora Makara in Brazil. In particular, the book Gates of Buddhist Practice remains a treasured treasure for both beginning students and advanced practitioners. 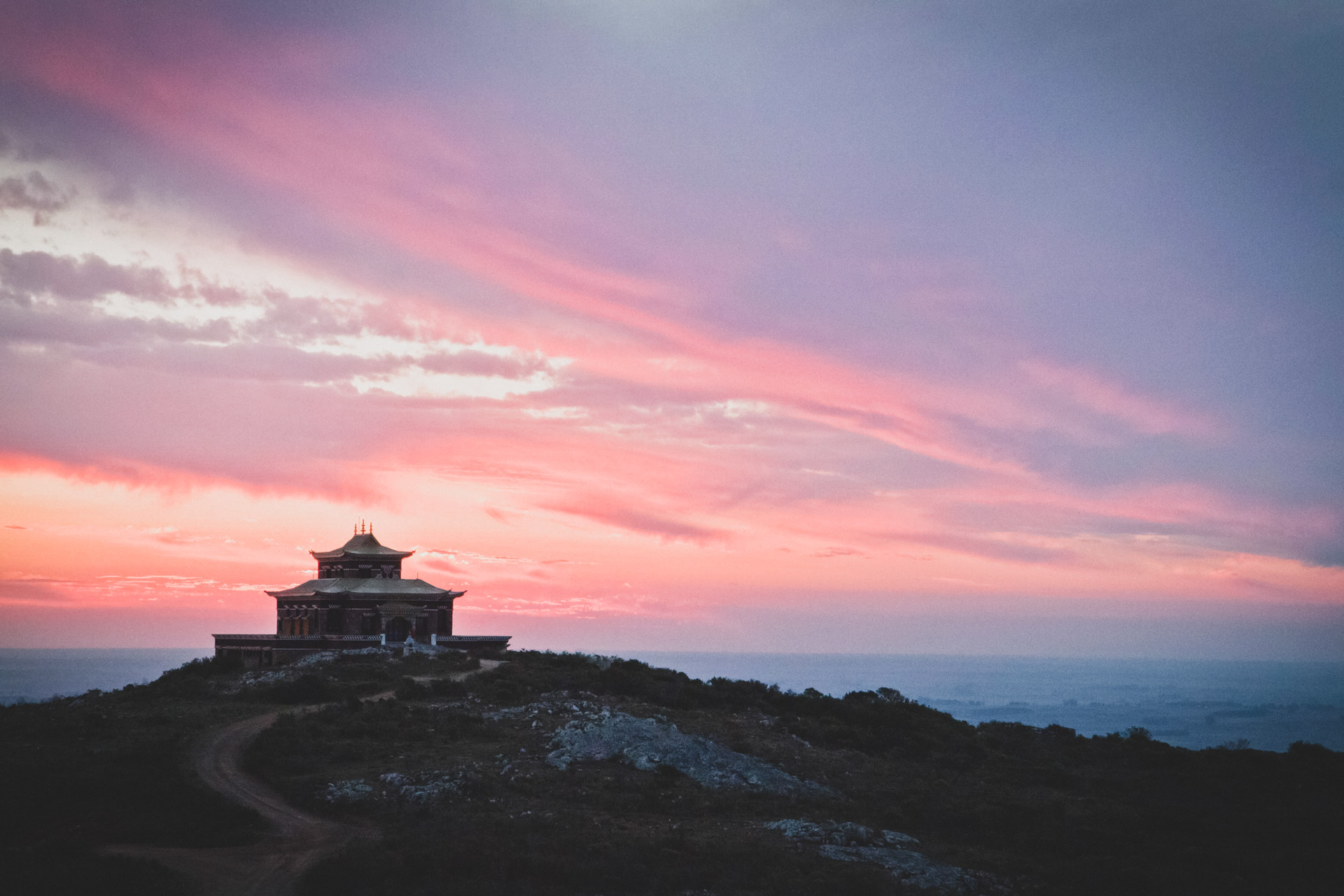 Chagdud Gonpa Italy is the union of Italian centers for the practice of Vajrayana Buddhism according to the lineage transmitted by His Eminence Chagdud Tulku Rinpoche. Keep up with them on Facebook here.

Located in Northern California, Rigdzin Ling is the seat of Chagdud Gonpa Foundation.

Chagdud Gonpa centers and practice groups located across the country.

The foundation that enables the maintaining of Chagdud Rinpoche’s Dharma lineage.