Since Rinpoche's passing in 2002, this organization has been under the spiritual direction of his wife and student, Chagdud Khadro. In this context, Chagdud Gonpa Uruguay is part of an international network of Spanish-speaking centers in South America, also having more than 120 centers around the world. Its headquarters is Chagdud Gonpa in Tibet and Sengue Dzong, whose meaning in Tibetan is "The Fortress of the Lion", is its Temple located in Lavalleja - Uruguay.

With the collaboration of sympathizers as well as Buddhist practitioners, our project began in 2001, thus becoming the first Spanish-speaking Tibetan Buddhism retreat center. Our center is located in the upper parts of the beautiful mountains of Uruguay, almost 400 meters high, in an area of ​​600 hectares, near the departmental border between Maldonado and Lavalleja, an hour and a half from Montevideo and Punta del Este. . Our temple was built in the Tibetan and Eastern Bhutanese style with the stones of the place, which were blessed one by one with a mantra, counting its structure with six levels. Other constructions destined for retreats are also present in the place.

At present, activities are developed according to the different concerns that people present. For those who want to know the place, we offer "Visit Days". If people are interested in learning about Buddhist philosophy, we frequently offer introductory weekend retreats. In the course of the development of the training, it will also be possible to participate in more extensive retreats guided by qualified Lamas. 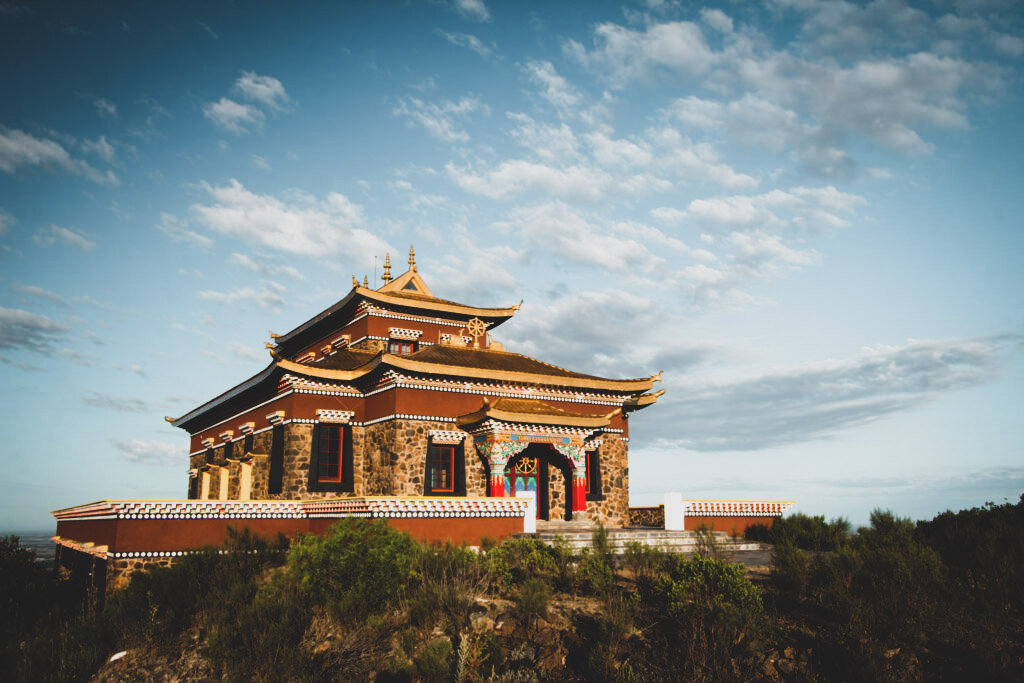